The club’s first competition of 2018 started in style with 11 gymnasts attending the Dorset & Wiltshire tumbling competition at Poole, and with 7 of them proudly returning with medals.

In the afternoon a further 5 gymnasts competed. First to go were the 2 boys Zac Spike & Kyle Woolmington, who showed huge improvements and took Gold & Silver.

Following this we moved up the levels, with Hazel Luscombe putting in another solid performance at Nat 2, to be followed by Samantha Cooke and new member to the club Ben Cowell, both competing at Nat 4 and both completing a highly successful day by winning their categories.

This now forms a solid platform for the SW Tumbling Prelims which take part in February. 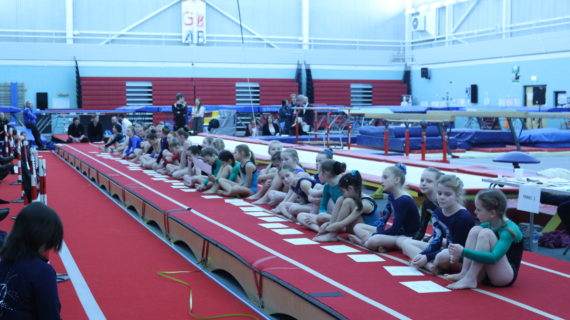 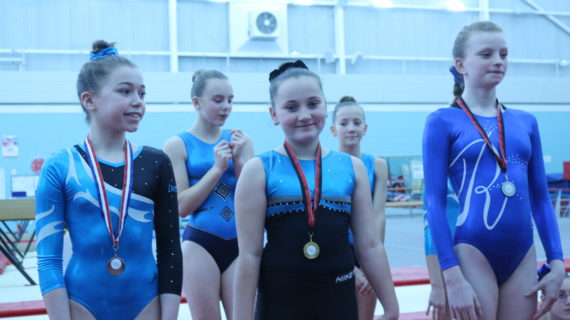 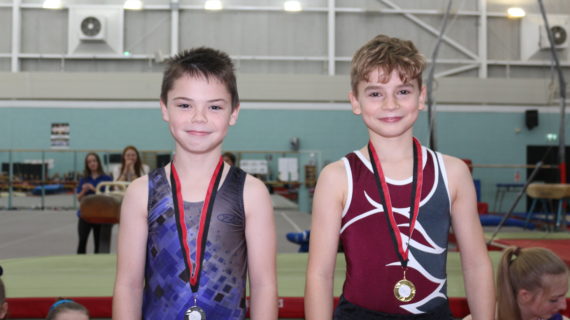 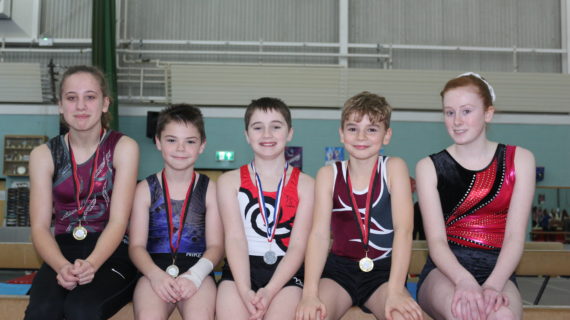