Mid May 2018 saw 3 gymnasts travel to Telford for the English Silver Championships.

This is a competition that has never been attended by the club before, so was very much the unknown.

Zach Spike was the first to compete in the National 1 Boys aged 11 – 12 and amongst some stiff competition, performing a run he had only just perfected, exceeded expectations, coming away with the English title and a very smart gold medal.

Sam Cooke took part in the National 4 Girls aged 13+ and for the second week running was placed fourth.

Ben Cowell ended the weekend in the National 4 Boys 11 – 12 and was extremely unlucky as he was sitting first after two runs, but with errors in his final run dropped to fifth.

This all bodes well for the National Tumbling competition next month.

Coaches were delighted by the gymnasts achievements and feel the season ahead looks very promising. 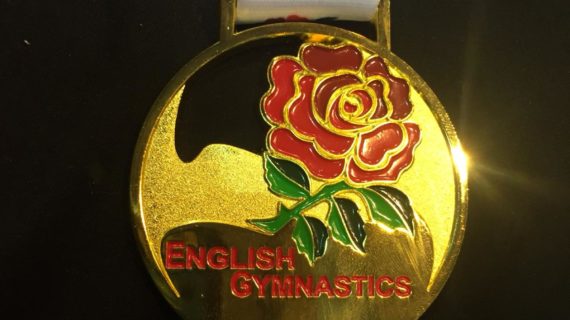